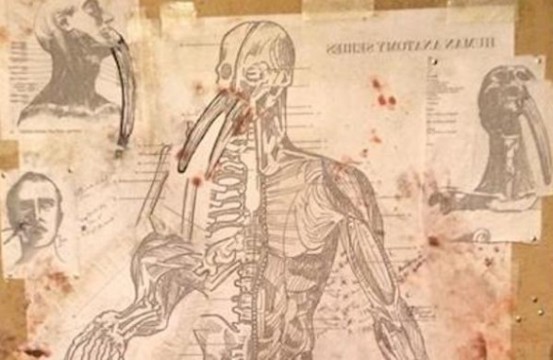 What can I say?

I’ve been pumped ever since I heard that the movie was actually gonna get made.  Back when I was pretty up to date with my podcast library, I listened to SModcast 259 not long after it went live on iTunes.  The Gumtree ad that Kev read out made me chuckle and then when Kev and Scott discussed, elaborated and took it to the next level it really entertained me.

Since 259, every SModcast thus far that has mentioned Tusk kept me yearning to see it.  Especially when I listened to episode 308 which featured the guy who created the hoax ad, Chris Parkinson, that went on to inspire Kevin Smith.

Needless to say, once I got settled to watch Tusk in bed last night, I was pretty fecking excited!  Red State left me wanting more from Kevin Smith’s darker side.  Plus, as soon as I heard Michael Parks was involved I was stoked moreso.

I knew a lot about the movie thanks to the podcasts.  I knew that Howard Howe doesn’t just want to turn Wallace into a walrus.  He actually does do it.  I knew that this movie was all kinds of fucked up.  But even though I knew all of this, this movie still blew my mind.  I mean, c’mon, he TURNS HIM INTO A FUCKING WALRUS!  The visuals add to the effect and the flesh suit where other faces and bodies are sewn into it (you can see a rogue face on his left side later in the movie) is just astounding.  The podcasts, discussions, teases and flat out points made on Twitter and so on still didn’t prepare me for this.

My one criticism is Justin Long’s moustache.  It’s the creepiest part of the movie (in my opinion).

I truly loved this movie and, as a SMod fan (listening to the majority of the SModcast network) I felt that this movie delivered in so many unexpected areas.  Again, I knew things such as Ralph Garman‘s name being Frank Garmin (a reference to Hollywood Babble-On where Ralph gets called Frank).

As a big fan of Johnny Depp, his performance as Guy Lapointe (had to go and have those 2 sliders, though didn’t ya?) was hysterically funny and rather creepy (wouldn’t be Depp without an element of quirkiness/creepiness, eh?).

There are so many easter eggs for Kevin Smith fans – I really should sit down and do a commentary podcast (idea for the future).

I love all of Kevin Smith’s filmography (haters gon’ hate) and this is another superb addition to that collection.  Am I riding on his dick too much in this blog?  Probably.

But considering it’s because of his words in ‘Tough Shit‘ that I became inspired to create Nerdgazzum, it’s a dick worth riding.

I’ve shared it already but figured I’d write a wee blog on it too!

So, as it’s coming up to Playstation’s 20th Anniversary, EA has given us the offerings below to celebrate for free until midnight TONIGHT!

So, here are the games:

Simply access the Playstation Store via your console/handheld or of course you can access the web-based store here.

So, what are you waiting for?  Get your free gaming on! 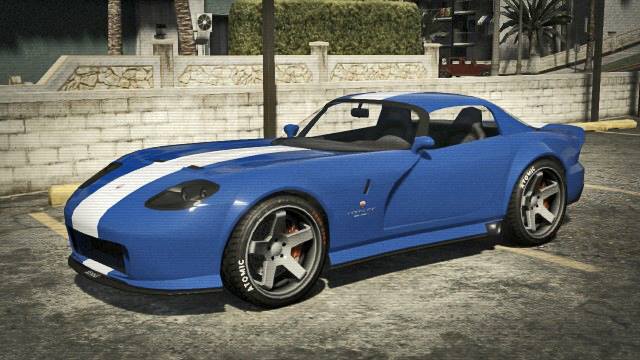 I recently set up a new Facebook page in the advent of me getting my PS4 for Christmas (I have to fecking wait ’til then 🙁 ).

After I got GTA V for my PS3, I set up a Tumblr called Michael Parking Bay – the concept was simple: use Michael and park in silly places and take a pic and post it on there.

I liked a page on Facebook called Parking Like A Twat Merthyr Tydfil and, when I ordered GTA V for the PS4 I figured the scope for this type of tomfoolery would be huge considering the sharing features the PS4 gives you plus the first-person opportunities too!

As a result,  Parking Like A Twat San Andreas, Vice City & Liberty City was born.  Come and join in on the fun!  At 50 page likes, I’m doing a little giveaway as form of thanks!

I may even run random competitions for the funniest picture/caption going forward also. 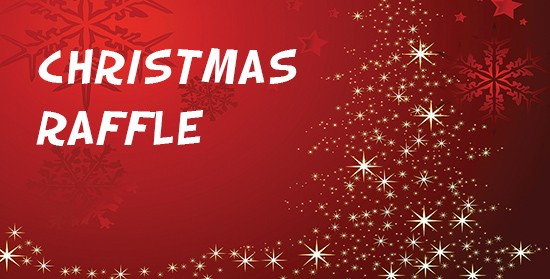 The raffle was drawn on Boxing Day and the winner was Kate Alexander!  The prize is to be confirmed and will be sent in the coming weeks!

For all orders placed on the store up until (and shipped prior to) December 25th  a free raffle ticket will be included inside.

A draw will then be carried out on Boxing Day and the winner(s) will be announced later that day.

Depending on how many entries there are, I may have more than 1 number drawn with runner-up prizes and so on.

The prize(s) will be announced at the same time as the winner(s). 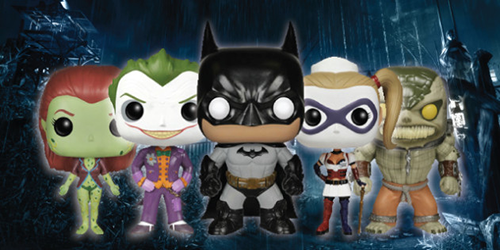 The super late episode in which I discuss items that are now weeks old!  Luckily I don’t spend too much time talking about them – this episode is a little “getting to know me” pod – I kinda talk about myself and give a bit of background about Nerdgazzum and myself.

I REALLY do hope to pod more regularly and have some cool new equipment that may just make that a little easier and allow me to stick to my best intentions!