So, like a good number of folks, I had the glitch where my Campaign progress wasn’t registering.

The first time it happened, I practically did the entire campaign in one sitting only to find that missions were flagged as completed.

I then decided to tackle the game on veteran difficulty and every few missions wouldn’t register.   After trial and error, saving and exiting after each mission I got as far as “Captured” and then I hit a brick wall.  After several attempts st this mission via mission select, it would not register that I had completed it.  I went on to try it on variius difficulties to see if that would trigger it but, alas, no.

I then tried deleting the game data and reinstalling it and pausimg the updates but still…no dice!

Then, after hours of replay time, I deleted my PS+ online game save, force uploaded my local game save and then deleted the local game save.  After that, I downloaded the online save and all the campaign missions displayed Veteran on each one.  No trophies popped…panic set in. I tackled “Terminus” and the credits rolled after completing it and still nothing.

After skipping the credits, a few moments later, all trophies popped: “A New Era”, “Hard Hitter” and “SP Prestige”.

Hopefully others will find this uselful – many forums and Youtube users seem to have had similar issues that have gone unresolved.

Let me know in the comments how you get on! 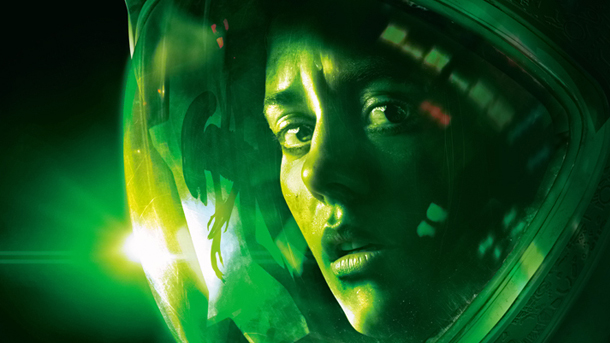 This is Ripley, last survivor of the Nostromo, signing off.

Upon booting up this game – I did the digital download from PSN – I fell in love.  The menu has the sinister yet familiar sound effects and ambience from the movies.

Starting the game launches a loading sequence similar to segments in the original movie where the Nostromo floats by and it has a grainy effect similar to the cams on the original crew’s suits when they venture out onto LV-426.

We find ourselves in the body of Amanda Ripley, Ellen Ripley’s (Sigourney Weaver) daughter.  The story is a very intelligent narrative of events outside of the movie but interlinks with deleted scenes and plot points from the franchise.

On November 11, 2137, H. Marlow arrived at the station aboard the salvage vessel Anesidora, requesting emergency medical attention for his wife, C. Foster, who was attacked by a Facehugger but safely kept in stasis. Head of Medical Dr Lingard believed she could remove the parasite herself, but Seegson Chief of Operations Ransome blackmailed Lingard into telling him about the creature. He then convinced Chief Marshal Waits to choose to skip quarantine as they had found the USCSS Nostromo‘s flight recorder and that it meant a cut of the reward for the station’s crew.

On, November 14, 2137, a Chestburster hatched from C. Foster, killing her. Dr. Lindgard signed her death certificate and made the death cause classified. Waits and his men started to hunt the creature.

As the Xenomorph started to kill people, Seegson put the station on sale, making sure possible buyers knew nothing about the situation aboard. On November 21, 2137, Weyland-Yutani purchased Sevastopol and sent APOLLO new operational directives, including Special Order 939.

What seems like a simple mission to recover the Nostromo flight recorder and discover what happened to your mother is anything but.

After walking slowly around (the ability to run later ‘unlocks’) your ship, the Torrens and exploring very familiar settings – the layout, structure and design are very similar if not identical to the Nostromo, you shortly embark on your journey to enter the space port.

I won’t spoil it but let’s just say it doesn’t go without a hitch and soon, you find yourself alone on what seems to be an abandoned space port with graffiti, vandalised equipment/rooms/shopfronts and something that seems…amiss.

I’ve spent an hour or so on it so far and crafted a few items, and it takes a chunk of time before you even see the xenomorph in the flesh and I can tell you, I don’t scare easy but as soon as I knew it was on the loose I got the chills and every single sound has me stop dead, wondering where the f%&k is it??!!