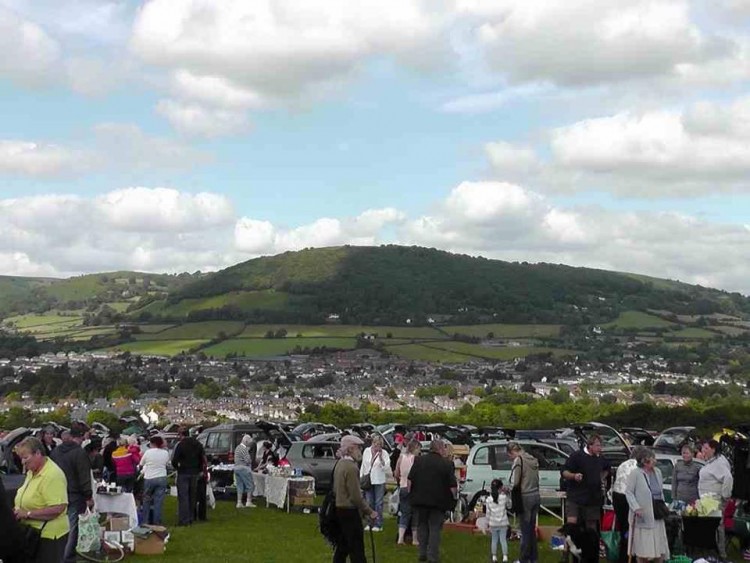 It’s been a while since I last blogged – I want to take a moment to explain but it’s not all doom and gloom, I promise!

Recently, I have been suffering severe pain in my abdomen and surrounding areas.  As a result, I went through a couple weeks of being “off my face” on a variety of painkillers as well as being worried sick – it’s not even been a year since my Mum has passed and my mind resorts to the worst case scenario.

During this time, most of my efforts have gone into ordering items in and dispatching them as well as responding to any messages and e-mails.  Site updates and trying to arrange the giveaway for hitting 1000 Facebook likes have fallen by the wayside.

Up until recently, I pretty much spent my time lazing around checking my phone/tablet for any messages and sharing posts on the Nerdgazzum page/group.  Oh, and playing my PS4…lots of PS4 time – mainly trying to 100% GTA V!

On Sunday (Easter Sunday), my other half and her mother mentioned a car boot sale – her mum had a load of stuff she wanted to clear out of the house  – and suggested that I take some of my items as a means of promotion and see if anything sells there.  I really wasn’t feeling up to it that night and in the morning I couldn’t muster the energy to get up.  It was then that she was going to take some of my items and do it for me but I figured that getting out and getting some fresh air would help seeing as I hadn’t really set foot outside for days except to go to the doctor.  PLUS, if anything got damaged I would be fuming!

So I reluctantly got my stuff together.  Boxes of Funko POP!s as well as a number of other items (keychains, magnets, blind bags etc.)  I really wasn’t looking forward to it – you don’t really get people selling much brand new stuff at retail prices at car boots…but then it was always about promoting too; handed out a load of business cards to buyers and anyone that took an interest in any of the items or lingered around for a bit.

After about 15 minutes, I was ready to pack up and leave.  Most people ambled over, perused the items and turned their noses up and shuffled off.  This place is not my market.  If you have to explain what a Funko POP! is to someone, evidently they are not going to buy.  Kinda like in the top-end fashion stores – if you have to ask how much, you clearly can’t afford it.

About 20 minutes later, after taking some Star Wars salt and pepper shakers out of their box to showcase them (people stopped to check the box out but couldn’t really figure out what they were – the box doesn’t make it explicitly clear).  Within minutes of doing so, they sold.  An older gentleman whose son loved Star Wars as a kid and collected all the Kenner figures etc.  This guy was my kinda guy – I could relate.  He bought these items for his grown up son based on beloved a beloved past-time.

My “stall”attracted a lot of attention after this – it happened in waves.  Lots of people crowding, asking questions.  A lot of sales that never happened because they clearly hadn’t budgeted for retail prices.  But every now and again I’d get “my people”, existing collectors in some shape or form that took an interest in my items and engaged in “geek talk”.

A lot of people said they would check my Facebook page out and the website – and, a lot of them were true to their word.

And, in terms of how small a world it is, I even bumped into someone who already like the page and made her first purchases .

I am glad I forced myself to do it, not only because I made a lot of money in the 2 hours or so that I was there or because it’s attracting more local attention but because it has helped make me feel better – I am still in pain, but it is nowhere near as bad.  This may be a mere coincidence but generally I feel better in myself and I’m sure the fantastic weather and just getting some good old fresh air has done me wonders.

Going forward, I plan on attending more – I want to look at setting up incentives/competitions at some stage if folks spot me there.

In the meantime, thanks to the folks who purchased from me and who stopped to chat, it was a refreshing change and hopefully I can meet you all again and deliver more awesome directly to ya!

To check out what events are coming up, have a gander here!