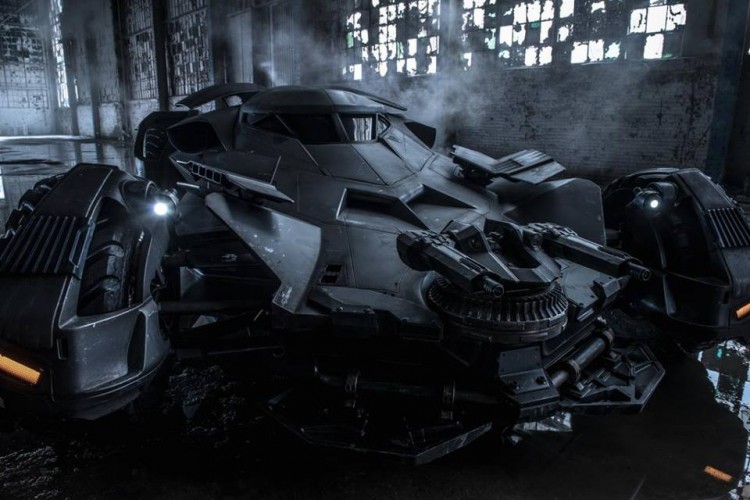 So the interwebs has been full of sneaky pics and blurred shots on Instagram of the Batmobile on set.

Despite the lack of quality, they were still tantalising but – my good golly – this image is breathtaking.  Tumbler-esque but a bit more rough around the edges and nastier looking (as in more kick-ass).

As time goes on, more and more tidbits are coming from set and via official announcements as well as hints here and there from various folks involved or the potential folks to be involved.  DC/Warner seem to have finally found the ability to fully rival, if not surpass Marvel – all that’s to be done is release the movie and see how it fares against Marvel’s roster.

I truly hope they can finally achieve the greatness that they have enjoyed on the animated features side and bring that to the live action features.