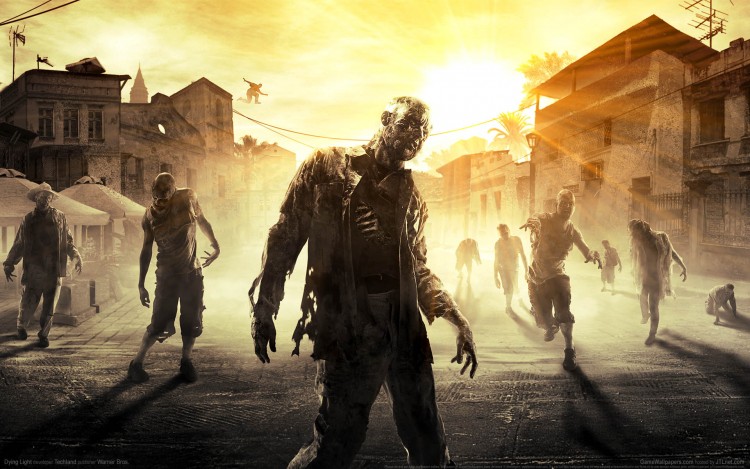 Yet another zombie game.

That’s what you could think and what you probably will think.  But you’d be wrong.

Ever imagined what Glenn’s life in Walking Dead was like before the group decided to move after Rick’s arrival?  This game gives you a bigger insight into survival in a zombie outbreak situation.  It’s quite an adrenaline rush venturing out, scavenging for items to craft weapons and to trade to scrape together some cash for bigger and better weapons before it gets dark.

Your undead adversaries are rather docile by day, although still a tough challenge if they swarm you – wrestling yourself free from their deadly grasp can be tricky if you are surrounded as you get grabbed from all angles and if you don’t have a spare few seconds to use a medikit you’re pretty much screwed.

The visuals are lush – you start in the slums and despite the fact the premise is very samey, the exploration and, at times, the adrenaline fuelled parkour to escape deadly foes disguise the mundane.  The location is beautiful in a bizarre and morbid kinda way but at the heart of it, most buildings you can enter are practically identical in terms of design, layout and decor but when you’re scurrying around trying to find a DVD or a book for one of your sidequests you barely notice.

Wait, did I say DVD?  Yes, electricity is still working as is gas and water.  So, in a strange turn, rather than being without any sort of amenities etc. folks can still enjoy some pastimes.  Not that you get to, mind.

Story-wise, I’m only about 11% in after playing for just over 10 hours.  I think the story could probably be completed rather quickly but there are so many side quests and other tasks to do that I end up side tracking a lot – this reminds me a lot of Fallout but without the clunkiness of a VATS interface.

You start off by parachuting into Harran – your character is a mystery that is explored between missions when you have to sneak off to radio back to your handler – a mysterious woman who works at the GRE.  As you go on, it turns out you’re planted there to infiltrate and gain intel.   As you’d expect, things get complicated and I’m guessing allegiances are tested and broken.

The skill system is what you’d expect but, to be fair, I have noticed gradual changes as a result of unlocking new skills.  Unlike other games where you unlock a new ability and you just seem all-powerful until a situation arises where another power/ability is required, here the changes are more subtle.  For example, I unlocked a skill for improved free-running.  Now, when I run and leap between buildings the flow is much smoother – rather than feeling like an overweight, unfit twat the running feels like you’re becoming…well, fit.  Adept at doing activities that were previously a struggle.

Unlike other ‘survival’ games, guns are a rather rare element – at least so far.  I discovered a gun in someone’s house (the previous owner no longer required it seeing as he installed a sunroof in his cranium) but I then gave that to a chappie back at the Tower (the base of the folks who take you in at the start of the game).

My second and most recent discovery of a gun is on a mission for another group where you have to locate one of his teams and now I own a machine gun.  I made the mistake of using it to pop a few heads and now I have about 7 rounds left and that’s it – again, another significant difference – usually you find guns and then there’s no going back to melee weapons.

The drop-in/drop-out co-op online play is a huge benefit at times – especially on quests that have you trek from one side of the city to the other.  My one  gripe so far is the fact that to speak to a NPC to advance/start a quest requires all of you to be there (unlike Borderlands where you could just start regardless of the others’ locations).  Some other players seem to have their own agenda and go off leaving you to fend for yourself.

I really like the competitions you can set up – go near a mast and you can race the other folks in your session to the top (I won my first one – yay!), you can compete to kill the most zombies, collect the most loot, kill other survivors…it keeps the online sessions fresh in a PvP kinda manner without resorting to Team Deathmatch or Capture the Flag etc.

Another online mode is where you can have someone drop in on Be The Zombie Mode – it’s a case of you destroying the nests while your opponent has to stalk you and take you out.  It’s a tense game of cat and mouse – as a human you have a set number of lives to destroy the nests.  Armed with your UV light, you have to weaken the zombie until you can go in for the kill and in the time it takes for it to respawn you have to advance towards the nests.

In summary, so far, this game well and truly rocks.  It’s oddly addictive and I find I actually care about the folks I meet and my own character too.