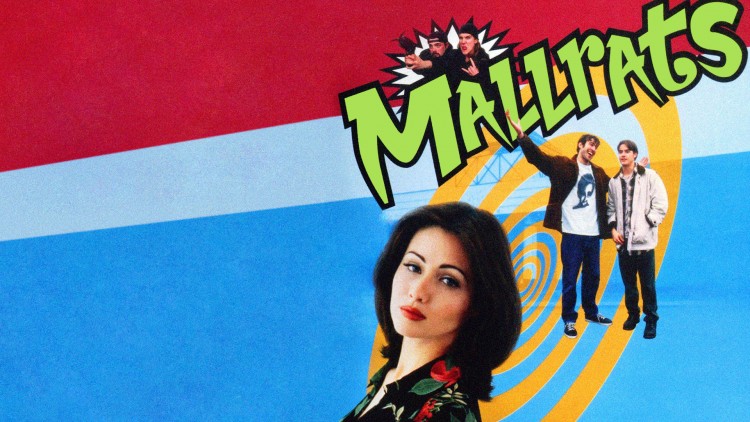 I saw a question on a Facebook group earlier asking what everyone’s jump-on was to Kevin Smith.  For some it was Clerks, the one that started it all.  But, based on different generations, availability etc. everyone will have a different movie/medium that drew them in.

I figured, seeing as I hold Kev’s book “Tough Sh*t” as the reason/inspiration to start running my own business and based upon the recent news that Mallrats 2 is gonna be happening, that I will drop my 2 pence (cents as the folks over the pond would say).

I worked in a town called Galashiels in the local Council offices in Non-Domestic Rates. It was 9-5 Mon-Fri.  I’d get an hour for lunch but I’d only take 30 minutes – if I could take less I would have; we worked on flexi-time so I’d take shorter lunches to bank up time for days off/early finishes/late starts.

Each lunch, I would do the same thing.  I’d walk up through town to WH Smiths and Woolworths (way before they went bust and went online only).  I would spend a while browsing the movies and games sections and always leave with at least 1 purchase (5 times a week every week – expensive lunchtimes!)

I remember the cover of Mallrats caught my eye and seeing as it was only a fiver I decided to buy it along with a couple other titles (can’t remember what they were).  After my first viewing, Mallrats became my go-to; I would watch it whenever I had nothing new to watch and often I’d watch it over and over until I fell asleep.

After that, not really knowing anything about the dude that made it, I bought Dogma.  I didn’t realise the movies had any connection until I watched it and met Jay & Silent Bob again.  At this point, the View Askewniverse had me.  I bought Clerks and them bought the Clerks animated series on eBay (imported from Australia).

And since then, I have made a point of watching/buying everything he has done.

If it hadn’t been for Mallrats all those years ago, I might not have become the outspoken, filthy animal that I am.  I may never have learned to let my geek back out after he was caged back in high school.  I may never have ventured on this journey that I have embarked upon.

Then again, I may have made something sooner instead of being as close to a slacker as I was…(reference intentional 😉 )

Where did you “jump on”?