I had my review copy from Ubisoft in a few days ago, came home from work to find it so I decided to have a quick go on it that night.  I was lying in bed.  And after 3 songs had earned 4 trophies without even busting a move.

I don’t own a Playstation Camera, I have the Playstation Eye and Move controller but the Move is only compatible with the new camera as the Eye doesn’t work on the PS4 which we all (should) know.  So after popping in the disc to install it and then running through the quick profile set up the typical getting started cards appeared and, to my surprise, one mentioned playing via your mobile phone.

Singstar and Just Dance have a number of similarities, the 2 main ones being the fact you can play with your mobile if you don’t have or can’t be bothered to haul the bits ‘n’ bobs out.  Secondly, as I found whilst lying in my bed and waving my arm around like an over-caffeinated flight controller it’s quite easy to “cheat”.  Singstar allowed you to mumble or say other words but as long as the pitch was similar you’d score points.  Here, you can dance the night away by just waving your arm around like a loon.  But where’s the fun in that?

Naturally, like Singstar and other games of their ilk, these are party games with much fun to be had with family and friends.  At the time of writing this little preview, I haven’t had a chance to do that yet but my first impressions are that this game seems like the perfect means of entertainment if you have a few friends round or a family night.  Whether I will be saying this after the kids try their hand at it and end up dropping my Galaxy S6 or getting too hyperactive due to the lucid colours and dancing pandas is yet to be determined.

Pick up your copy now!

I have now added all of the starter packs ready for the launch of LEGO Dimensions on 29 September 2015.  As a pre-order bonus, save £5 across all Starter Packs for all platforms.

The Back to the Future Level Pack and Ninjago Team Pack are also available to pre-order along with the Fun Packs including Wonder Woman, Gollum, Benny and the Wicked Witch of the West.

The Starter Pack pre-order discounts run up until midnight on 28th September so grab yourself a bargain and order before then!

Don’t forget that all UK orders also have free shipping! 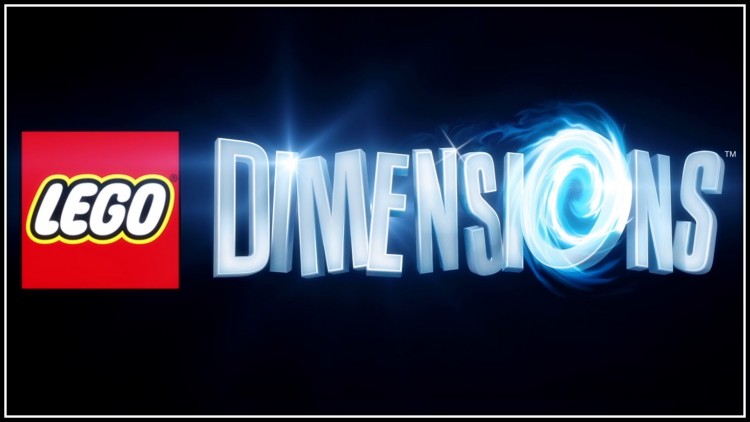 Good morning (or whatever part of the day it is that you’re reading this)!

I had an e-mail towards the end of last week and decided to share some awesome news.  A distributor has reached out to me to offer me the opportunity of jumping on the “toys to life” craze.  And, I must admit, Skylanders has never really taken me.  Disney Infinity was tempting but the different versions etc. seems confusing for the consumer and when I heard of Dimensions, I was keen for me personally as I love Lego and the possibilities that it may offer really captured my imagination (tie that in with the announcement of Lego releasing a game akin to Minecraft and it’s a case of ‘mind = blown’).

Below are details taken from the Lego Dimensions fact sheet that I have been supplied and I will be looking to add the various sets to the store very soon.  In the meantime, check out the deets below!

What is LEGO® Dimensions?

When a mysterious and powerful vortex suddenly appears in various LEGO® worlds, different characters from DC Comics™, The Lord of the Rings™ and The LEGO® Movie are swept away.   To save their friends, Batman™, Gandalf™ and Wyldstyle™ bravely jump into the vortex and quickly find themselves fighting to save all of LEGO® humanity.

Let creativity be the guide to a building and gaming adventure – journey through unexpected worlds and team-up with unlikely allies on the quest to defeat the evil Lord Vortech.  Play with different minifigures from different worlds together in one LEGO videogame, and use each other’s vehicles and gadgets in a way never before possible.  LEGO® Bad Cop™ driving the DeLorean Time Machine…why not?!  The LEGO® Ninjago™ Masters of Spinjitsu fighting alongside Wonder Woman™…yes, please!  Get ready to break the rules, because the only rule with LEGO Dimensions is that there are no rules.

Build the minifigure heroes and fire-up the game to start the experience, then follow the in-game build instructions to assemble the loose bricks into the LEGO® Gateway, and place the structure on the LEGO® Toy Pad.  Expand the adventure by collecting more minifigures, vehicles, gadgets, and new levels with the purchase of three different types of expansion packs.  Use whatever minifigure with whichever vehicle or gadget – go ahead… break the rules!

Level Pack:  Want more to explore?  Expand the gaming experience with a level pack which contains a whole new mission-based game level, along with a minifigure, a vehicle and a gadget to build and use in-game.

Team Pack:  Want the biggest collection?  Get a dynamic pair of minifigures and a vehicle or gadget for each, all with their own unique in-game abilities.

Fun Pack:  Want the best variety? Extra fun comes in each pack containing one minifigure and a vehicle or gadget.

There is an ancient planet at the centre of the LEGO® Multiverse inhabited by an evil mastermind, Lord Vortech.  It is said that he who controls the Foundational Elements that this planet is built upon, controls all of the Multiverse.  Lord Vortech has vowed to be that ruler, summoning characters from a variety of LEGO worlds to help him find these building bricks of LEGO® civilization.  Some have agreed.  Others have rebelled.  And only the combined powers of the greatest LEGO® heroes can stop him.

When a mysterious and powerful vortex suddenly appears in various LEGO worlds, different characters from DC Comics, The Lord of the Rings™ and The LEGO® Movie are swept away.   To save their friends, Batman, Gandalf and Wyldstyle bravely jump into the vortex.  As they journey to locations beyond their wildest imaginations in search of their friends, they soon realize that Lord Vortech is summoning villains from across different LEGO® worlds to help him gain control. As his power grows, worlds mix, unexpected characters meet and all boundaries are broken. Our heroes must travel through space and time to rescue their friends before the vortexes destroy all of LEGO® humanity.

More Level, Team and Fun packs to be announced prior to launch.

LEGO DIMENSIONS Videogame software © 2015 TT Games Ltd. Produced by TT Games under license from the LEGO Group. LEGO, the LEGO logo, the Brick and the Knob configurations and the Minifigure are trademarks and/or copyrights of the LEGO Group. © 2015 The LEGO Group.  Batman and all related characters, and elements are trademarks of DC Comics © 2015. THE LEGO MOVIE © The LEGO Group & Warner Bros Entertainment Inc.  © 2015 New Line Productions Inc.  All The Lord of the Rings content other than content from the New Line films © 2015 The Saul Zaentz Company d/b/a Middle-earth Enterprises (“SZC”).  The Lord of the Rings and the names of the characters, items, events and places therein are trademarks of SZC under license to Warner Bros. Interactive Entertainment.  Back to the Future is a trademark and copyright of Universal Studios and U-Drive Joint Venture.  Licensed by Universal Studios Licensing LLC. THE WIZARD OF OZ and all related characters and elements are trademarks of and © Turner Entertainment Co.  All other trademarks and copyrights are the property of their respective owners.  All rights reserved

So back in Birmingham a few months ago after seeing the Figma Link figure at the last Midlands Comic Com I decided he was super cool and I wanted him but not for the £50 or so he usually goes for.

Now Figma Link has taken a back seat… for a while at least. Only problem is the RAH Link retails at around £150 I know right<a and I can't justify paying that right now on my wages.

Moving on from that, I found that Medicom do a naked RAH doll. Same size but without a face, hair, clothes or accessories.

So now my new obession has become getting a naked one (for around £40) and modding it to look like Link as a sacrifice for not getting the Figma.

Still with me? Good! The best part of this is that I already have a new friend doll dress maker in Lithuania who has recently started making me new dresses for my Disney girls.

When I get her finished stuff I’ll judge whether she’s Hyrule quality or not. Best part of it is that I can choose what he wears. Worst part being I have to paint and adult a face and hair (I really need to get myself an airbrush kit, any suggestions?)

So that shall be my next task unless a RAH Link appears on my doorstep from a generous friend or stranger.

Which Link would you go for?

Good Evening viewers! Let me take a quick second of your time to say hello…

My name is Link and I’m the freshest face on NERDGAZZUM so here’s a quick blurb.

Horror movie mad – from the 70’s and beyond

I own a cat, called Salem who thinks he’s a dog

Hope to keep readers up to date with the latest geek-ish news and products as well as sharing my collections, interests and new shit with you all.

What a busy week it’s been on the store!  There has been a huge number of additions to the store – more than all the other weeks combined!  Below is the list – some are pre-orders and others are available now!

It’s been an exciting week (which has made up for the let down with the new stock – over a week late now!)

So, whatcha waiting for?  Go and check out the goodies and get your orders placed!

I ran a poll on my personal blog quite some time ago.  I figured I’d resurrect this ‘What if…?’ scenario again with a variety of other fictional fights to see what everyone thinks in terms of the victor and their reasons as to why.

So, here we go again – Mario and Sonic fighting to the death – who would win?

It’s been a rather busy week this week in regards to sorting out new suppliers as well as finding out more about certain items.  I’ve also had a few folks requesting certain items to seek out and give them a price.  Feels good to be wanted!

So what’s new on the store this week?

Well, let me pull it out and show you:

The Redbubble portfolio has also been extended this week:

Stay tuned for further updates and if there’s a special item you want or wanna get a friend/loved one drop me a line and I’ll do my best to look into it!

Well, what a stressful week!

But, we have some goodies for ya to get you updated on, so without further ado, check out our new additions to the store!

Harley Quinn (With Mallet) Funko Vinyls should be in this week – pre-orders have already been received.

We’ve got a few items listed on eBay also:

And last, but by no means least, our Redbubble line-up:

Thanks to everyone for their continued support and don’t forget our competition that is running on Facebook at the moment up until 28/03/14!